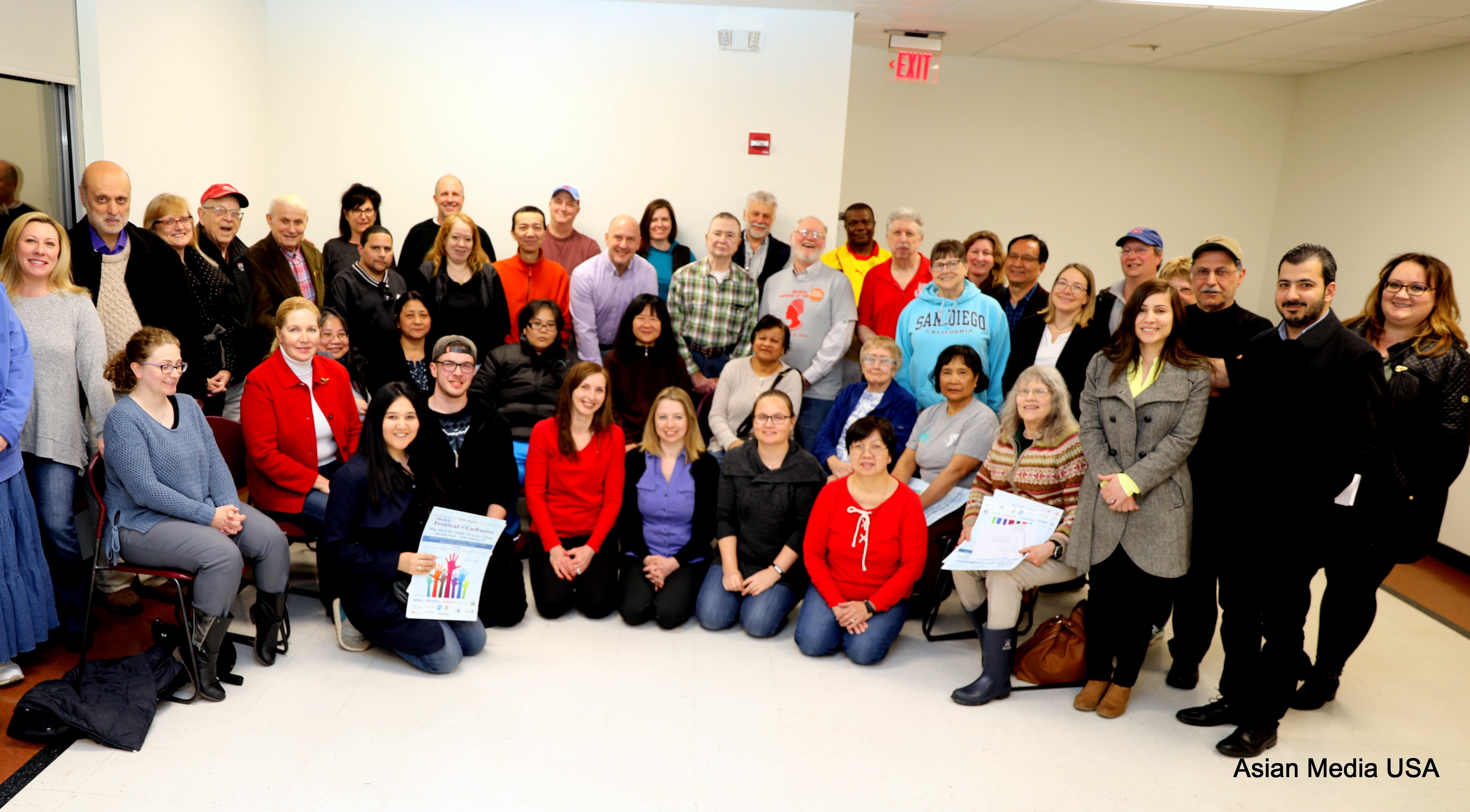 Skokie IL: Representatives from 92 different cultures convened on Monday – April 15, 2019, to organize the 29th Skokie Festival of Cultures  scheduled to take place on May 18 & 19, 2019 at Oakton Park. The three-day event is expected to draw an estimated 25,000 people from the Village of Skokie and surrounding areas.

The festival will kick- off on Friday evening with an International Short Film Festival and feature more than 60 ethnic performances throughout the weekend as visitors experience the cultural diversity existing within Skokie through the event theme “Passport to the World.”

John Marquardt, chairman of the Planning Committee and Pamela Zeid from the Village of Skokie led the volunteer meeting to finalize the cultural booth selection criteria.

This year’s event is expected to feature cultural booths highlighting cultural diversity existing within the Skokie community.  The purpose of the festival is to bring together people from the Village for an entire weekend allowing them to celebrate one another’s customs and cultural backgrounds in a fun and colorful setting.

John Marquardt, and Pamela Zeid who led meeting did an excellent job at addressing questions from participating organizations; and generating enthusiasm and excitement of the upcoming event.

Krishna Goyal, Member, Skokie Human Relations Commission, who has been serving the Village of Skokie for more than 20 years and Chandrakant Modi, M.D. Chairperson, Gandhi Memorial Chicago, also attended the meeting. Due to Easter Sunday Babu Verma could not attend this meeting however he is part of cultural committee executive member in Village od Skokie.

“This is the 150th anniversary of Mahatma Gandhi and we are elated to be participating in this event to celebrate Gandhi’s life through literature and photos,” said Chandrakant Modi, M.D.

For businesses or community organizations interested in supporting the festival through donations may contact Jon Marquardt at 847- 674-1500, ext 3520. In return for their support Friends of the Festival will receive advertisement during the event Skokie Park District facilities and lobbies.

The planning committee is also looking for volunteers for the event.  Volunteers may go to the Festival website and submit an online application.

No one shall download or otherwise duplicate the graphics, images, press release and written content from the PDF without our express written permission. Likewise, no one shall reuse the aforesaid things, as the same are the intellectual property of the Company, we hereby reserve all rights

Asian Media USA press releases are event oriented and published after careful review and examination of the contents without bias or without being influenced by race, color, nationality or religious persuasion. In other words we are completely neutral according to generally accepted journalistic principles and long established conventions governing Newspaper reporting. Any use or disclosure of the contents of either is unauthorized and may be unlawful. All liability for viruses is excluded to the fullest extent permitted by law. Any views expressed in this message are those of the individual sender, except where the sender states them, with requisite authority, to be those of the Asian Media USA. If for any reason including but not limited to prior written authorization, Newspaper or similar entity do not give the credit for the content and photographs, Asian Media USA reserve right to take legal action to prosecute for violating copy right law to the fullest extent of the law.