To honor the life and achievements of Mahatma Gandhi, members of the Gandhi Trust, along with elected officials, community leaders, and other citizens of Skokie and the surrounding areas, unveiled a 12ft statue on the Birthday anniversary of Mahatma Gandhi on October 2, 2004. The inaugural event was held at Heritage Park, where the memorial to Gandhi stands today. Heritage Park is a multicultural initiative sponsored by the Village of Skokie as a tribute to the rich cultural diversity of the community.

The map shown below is of the location of the Gandhi Memorial which is located on Dempster and McCormick. As you travel down McCormick, the statue is quite visible from the street.

Gandhi statues have been erected in several locations in the US and around the world, including the following locations: New York City, San Francisco, Atlanta, Salt Lake City and also the UK’s very own London. 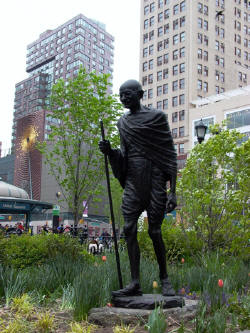 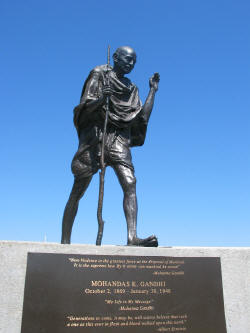 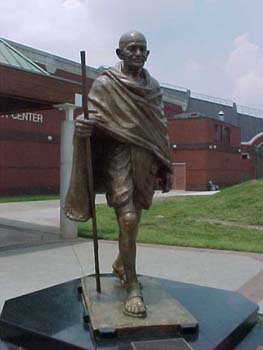 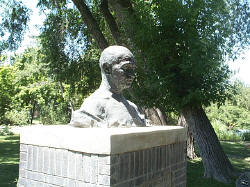 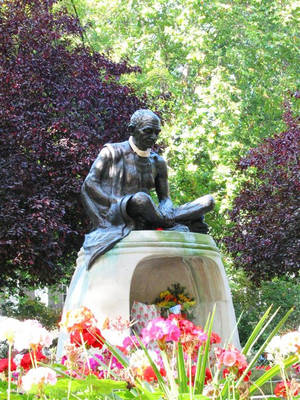